I get a lot of students with my college application essay tutoring who fall into the “math/science” end of the learning spectrum.

In general, that means that classes such as Algebra II and Chemistry come relatively easy to them, and English and other humanities not so much.

Many think they are not strong writers and are mortified that their college application essay could pull so much weight in where they get into college.

This just doesn’t seem fair, especially when many of these students have off the charts test scores.

If it helps, I like to think that colleges understand this discrepancy and take the larger picture into consideration when deciding who to accept.

If nothing else, you math/science students should view your essay as a chance to set yourself apart from the pack, and also showcase your balanced personality at the same time.

(I don’t mean to stereotype, but math/science whiz kids sometimes get pegged as not as social or well-rounded as other students. You know, it’s that annoying nerd or geek thing.) END_OF_DOCUMENT_TOKEN_TO_BE_REPLACED

The Common Application folks announced a couple weeks ago that they will be keeping the same essay prompts for this college application season. If you use the Common App to apply to colleges this fall, you will have five prompts (or questions) to respond to with your college admissions essay. Before last year, students also had the option to simply pick any topic they wanted–but that was dropped last year. And it caused a big controversy in college app circles.

I was among those who thought the option to write about any topic should have been kept. But many people in the college admissions industry (mainly counselors from high schools and private admissions consultants) ultimately weighed in on the debate as a non-issue, since the five prompts are broad enough to allow almost any topic anyway. END_OF_DOCUMENT_TOKEN_TO_BE_REPLACED

Does Your CommonApp Essay Topic Fly? 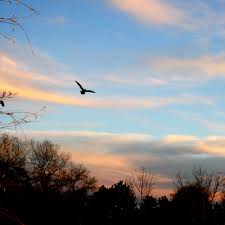 How to Make Your Topic Fly

The New York Times sponsors a blog exclusively for college-bound students. It’s called The Choice. Just last month, a student shared the topic she chose for her Common Application essay, and why she stuck with it even when friends and family didn’t share her enthusiasm. The student, named Sush Krishnamoorthy, is hoping her essay will get her into Stanford. Her topic: a 24-hour plane flight she took by herself. Sush didn’t share many other details about her topic (or essay), but I think it’s a good one. Here are five reasons why I love her idea:

1. Her topic is “mundane.” In her post, Sush said she felt pressure to find an “offbeat” topic for her CommonApp essay. Often, students believe they need to write about topics or experiences that would impress their readers. The opposite, however, is true. I know it seems counter-intuitive, but writing about “mundane” or everyday topics almost always results in more engaging and memorable essays. Learn more about how to find everyday topics and why they are so powerful in my post, The Power of Mundane Topics. END_OF_DOCUMENT_TOKEN_TO_BE_REPLACED