A student who I will call Ryan arrived for his tutoring session yesterday, and showed me what he had written for his English class.

His essay started with how he worked with Habit for Humanity and a trip he took to work with Native Americans.

Not the old mission trip essay.

So I suggested we start fresh.

Example of One of My Tutoring Sessions

I asked Ryan to jot down some of his defining qualities.

He wrote down conscientious, reliable, consistent and relaxed.

I noticed that several of his qualities overlapped, so I asked him about his sense of responsibility—fishing for his interesting stories, moments or small experiences that could “show” how or why he is “a responsible guy” in his essay. END_OF_DOCUMENT_TOKEN_TO_BE_REPLACED

The Perfect Topic: Right Under Your Nose

It’s Closer Than You Think

I’ve learned a lot about what makes a great essay topic over the last six years I’ve helped students with their college application essays.

If you’re just starting the process of writing your essay, you might be surprised what I’ve discovered about the best topics:

They are not what you would expect.

1. The best topics do not include what might be considered your best accomplishments or achievements. In fact, the opposite is true.

2. They often are the very thing you think would never make a good topic.

3. Good ones can be right in front of your nose. In fact, they might be on your face.

END_OF_DOCUMENT_TOKEN_TO_BE_REPLACED 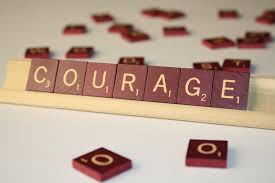 All Students Showed an “Appetite for Risk”

Earlier this year, a business writer for The New York Times invited students to share their college admissions essays on the topic of money, class, working and the economy.

Today, reporter Ron Lieber published his follow-up article, where he shared his reaction and thoughts on the effectiveness of those essays.

He also had Harry Bauld, who wrote the classic guide on how to write these essays (On Writing the College Application Essay), read them and give his opinions as well.

I hope you take the time to read this article all the way through. Lieber said he and Bauld “meant to inspire” students shooting for college in 2014 by sharing their four favorite essays.

Here are the main points they liked about them:

Colleges tell students that they want their essays to show them what sets them apart from the pack and what makes them unique. Yet most of the college application essay prompts do a poor job of helping students find topics that help them reveal their true personalities and character. The Los Angeles Times just wrote an article about how some colleges are finally crafting prompts that do a better job of encouraging students to feel comfortable taking a risk and showing their idiosyncrasies and quirks, rather than showcasing only their accomplishments and hardships. The main point of the article: Get creative!

This is an exciting trend, in my opinion, one I’ve encouraged for years now. My advice is to try to write about these more creative topics even when answering prompts that still aren’t creative. (Such as the list of Common App prompts, especially now that there will not be the Topic of Choice option.) I have lots of tips and advice all over my blog on how to find these types of topics.  The point is that college admissions folks are starting to change their prompts because they are sick of reading about the same topics where students recount mission trips and sports victories. Take a risk. Get creative. Tell a story. Write about something mundane, rather than impressive. END_OF_DOCUMENT_TOKEN_TO_BE_REPLACED

Twilight as a Topic? No Way!

I would never have believed that writing about the Twilight series could be a super essay topic–not in a million years. But below, I’m going to share how one of my brightest students landed on Edward Cullen as the perfect topic during one of my recent “Jumpstart” tutoring sessions.  And how it’s going to be a brilliant essay!

As a little background, this particular student is fierce. She’s a top student, loves chemistry and also is an accomplished dancer. Her first college admissions essay (she needs to write 2 for the University of California app.) is going to show how she is a problem solver. But what about that second essay? I believe if you are writing more than one essay for an application,they should complement each other–that is, balance each other out.

This is when I really push for the idea of a “mundane” topic, one that is everyday, and often would be the last topic in the world you would even consider writing about.

EXAMPLES: The kid who realized he had leadership skills the night he had to wash dishes at his dad’s restaurant. The girl who starred in her school musicals but wrote about her passion for karaoke. The tiny dancer who came to terms with her size 9 feet. The football tackle who loved to bake cakes for his teammates. Notice that on the surface, none of these topics sounds “impressive.” But trust me, they end up as the most interesting and memorable essays–exactly what you want! The other quality all these topics share is they have an “unexpected” quality–you wouldn’t expect a football player to love baking, or a dancer to have big feet or to find a leader behind a stack of dirty dishes. (What’s something about you that no one would believe?)

Here’s how our conversation went as we brainstormed a mundane–and unexpected–college essay topic:

END_OF_DOCUMENT_TOKEN_TO_BE_REPLACED

How to Stay On Top of the Heap

For some reason, “top students”–aka high achievers, go-getters, A-types, test-takers, straight-A students, you know who you are!–often have the hardest time writing these essays. At least really good ones.

Don’t get me wrong. These students are the ones who know to start early on their essays, and put a lot of effort into them. Their writing is usually technically “clean” of errors, and they probably would get an “A” from their English teachers. The problem is many of their essays are either on the dull side, or come across as trying too hard to impress or make them sound a bit full of themselves. This is not good!

Here are some of the reasons for this top student=bad essay paradox:

1. “Top” students often have a hard time trusting that a casual, narrative style produces an engaging, powerful essay. Instead, they stick to a formal, academic style (like the 5-paragraph essay); use too many long words; downshift into the passive voice; write overly long, descriptive sentences; cram in the adverbs. Many students (not just these “top” ones) often break into the dreaded English-ese (See my attempt at a definition below.). Take a writing Chill Pill to strike a more conversational tone and find your true writing voice.