Essay Karma: Why You Shouldn’t Even Think About Cheating on Your Essay

This fall, one of my tutoring students taught me a lesson about how cheating on these essays can backfire–even if you don’t get caught.

He wanted to write his essay for the Common App on a trip he took to Guatamala to work with poor children. At one point, he confessed that he had not gone on that trip, but that his father had gone.

When I looked at him as though I thought he was nuts, he told me, in his defense, “I helped him pack!”

What? Are you kidding me?

This student kept insisting that he had no other interesting experiences that he could write about. (If you have read anything on my blog, you know that everyone has umpteen topic possibilities, and that you don’t need to travel the globe to have them.)

I gave him a brief lecture about how this was completely unethical, but he only smiled and told me that “all my friends are doing this.” (If this situation weren’t more complicated than I’m describing here, I would have booted him out on the spot.)

END_OF_DOCUMENT_TOKEN_TO_BE_REPLACED 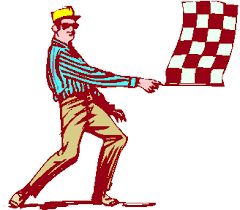 Yesterday, my son sent in the last of his college applications (just hours before many of the Common App Deadlines, might I add). YEA!!! I’m not sure which of us is more relieved. He is the youngest of my two children (my daughter is a sophomore in college), so this is it for me in terms of a personal role in the college application and essay writing process. Of course, I will continue writing this blog and tutoring college-bound students and parents on how to write powerful admissions essays. But boy does it feel great to be on the other side!

If you are still on the dark side, and have either just started thinking about your college essays or still have a couple to polish and send in for 2011, you, too, will someday be on the bright side with my son and I! The one thing you do not want to feel at the point where we are is regret. No matter how stressful and overwhelming the process, it is worth sticking with it to make sure everything is as good as you can make it. Otherwise, what’s the point?

And when you are done, you can step back and let what happens happen. There’s  nothing else you can do at that point. But if you are still cranking on these essays and supplements, take a deep breath, collect your thoughts, remember your goals, know that it will be over soon, and JUST WRITE THEM!

Congratulations to all of you who have all your applications in, and best of luck to those of you still plugging away!

Have you written your “shitty first draft” yet?

Ok, time is up. Well, almost. As long as you can quickly identify a couple of strong topics for your essays, there’s still time to pound out good ones.

Here’s the best advice I know on writing first drafts, from one of the best writers out there. A quirky woman named Anne Lamott (check out her picture at the bottom!). Ignore the weird hair. She’s THE BEST.  Read on:

“For me and most of the writers I know, writing is not rapturous. In fact, the only way I can get anything written at all is to write really, really shitty first drafts.” Anne Lamott, from the best book on writing, called Bird by Bird.

“All good writers write them (shitty first drafts). This is how they end up with good second drafts and terrific third drafts. …” more from A.L. and Bird by Bird.

Okay. Do you love her? Despite the potty language–or because of it–she’s spot on. To move forward, you have to take a good idea, get a simple plan and sit down and write it out. It won’t be great at first. That’s just how it goes. Then all you do is go back, and fix it up.

DO IT!! If you need help getting going, check out my Jumpstart Guide. 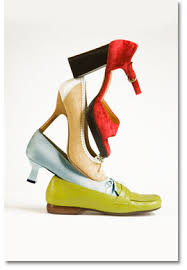 My students have discovered some of their best topic ideas for their college application essays from their job experiences.

I’m not sure why they make great fodder for college essays, but I believe that simply working for others naturally reveals a complimentary set of qualities, skills and values—humility, determination, perseverance, responsibility, people skills, industriousness, dependability, and the good old work ethic.

It’s no coincidence that these are the same qualities and skills that you need to succeed in college—and what college admissions folks are looking for!

I also think work experiences often fall under the category of “mundane” or everyday topics—which is a good thing!

Most work places lack glamour, and that naturally makes them feel “real,” authentic and interesting.

And although we have all worked in our lives, it’s always fun to learn about what it’s like at those places we never worked, no matter how pedestrian they seem (so the essays are naturally interesting to read).

When you think of past jobs, explore them for those other features that make great essays:

This article is still highly relevant, even several years since I wrote it. Check out this article (June 2016) on why Teens Should Have Summer Jobs.

the search for the perfect topic…

Think You Have Nothing to Write About? Here’s Something to Smile About

A new client, who I will call Sarah, met with me for the first time to talk about topic ideas.

When I pressed her about her interests, her hobbies, her passions, she kept insisting that she was a well-rounded, strong student, but didn’t have any one thing that stood out about her.

It’s a common obstacle in writing these essays.

Students think they need to have climbed Mt. Everest or invented a better paperclip to justify a strong topic.

These students just need to slow down long enough to see what is right in front of them: the often mundane (ordinary; everyday), yet fascinating qualities, habits, goals or characteristics that make them unique.

After listening to these ideas, Sarah kept insisting she really didn’t have anything special to write about herself.

She thought for a few more minutes and then said quietly, “I smile a lot.”

I had only spent about ten minutes with Sarah, and I had noticed she easily broke into a wide, beautiful smile.

Sarah even smiled when she talked.

It was as though she couldn’t stop herself.

What a perfect topic for an essay.

Sarah’s constant smiling obviously was a big part of who she is, and all she had to do was explore what this meant to her, how it affected her relationships and experiences with others, maybe develop some metaphors to her smiling and life, and she had a makings of an engaging essay.

As with Sarah, sometimes the best essay topics are so close you don’t even see them. Just keep looking!

If you still don’t believe me about the power of writing about everyday topics for college admissions essays over those you think might impress your college(s) of choice, read this comment from a veteran college admissions counselor (this was posted in the comments section in response to an article called A Few Essays That Worked in the The New York Times‘ blog on college admissions called The Choice):

“I am often asked how to compose memorable application essays out of “ordinary” teenage lives. High school seniors who haven’t won international awards or lived on houseboats or in homeless shelters can feel as if their essays have little to offer. They’re terrified that they will make the same “mistakes” that are highlighted here in “The Choice” (and no wonder … even I–an admissions professional for three decades–had a tough time differentiating between the “good” and “bad” ones!).

I always reply that, during my 15 years of reading application essays at Smith College, many of the most memorable submissions were on mundane topics. One of my all-time favorites was about a laundry mishap at a summer school. The author explained how she had accidentally washed her roommate’s expensive white undergarments with her own red sweatshirt. Of course, the essay wasn’t really just about laundry … it was more about the boundaries of friendship. Other wonderful essays I recall include a hilarious one on playing in a truly terrible school band and another called “Why I Shop at Wal-Mart.”

While there are lots of books out there that serve up samples of “successful” essays, there are two that I especially like that offer helpful suggestions on how to craft your own. “On Writing The College Application Essay: Secrets of a former Ivy League Admissions Officer,” by Harry Bauld (which I’ve recommended for eons) and a newcomer called, “Concise Advice: Jump-Starting Your College Admissions Essays,” by Robert Cronk, both lead students through the composition process and never lose sight of the fact that 17-year-olds can rarely report triumphs—or traumas—that might help their essays stand out in a crowd.

Admission officials really DO want to read about their applicants’ experiences, no matter how “typical,” and they are eager to view them through the writers’ eyes. Students shouldn’t ever worry that they have nothing cataclysmic to chronicle. After all, what could be more “ordinary” than laundry?”