How Many Common Application Essays Should You Write?

Short Answer:
ONE College Application Essay
for The Common App

The Common Application comes out officially August 1. But they already announced the changes for this coming 2015-16 season.

The most important were changes to the five essay prompts. (You can write your main Common App essay about one of the five.)

Beside the prompts, there were two other significant tweaks you should know about:

You can now change your Common App essay as often as you want. The upshot of this is that unlike previous years, you now could conceivably submit different essays for different target schools.

Even if you don’t write totally different essays, you at least now have the opportunity to tailor them to meet the sensibilities of your schools.

For instance, if one of your schools is super conservative or religious, you could pick a topic that isn’t as risky or provocative.

And then you could go with a more “out there” topic if your school has a reputation for wanting more unconventional students and thinkers, or is more liberal and progressive. 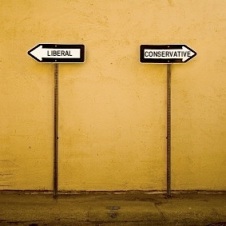 There are big differences among colleges and universities (some are very conservative, some are really progressive), but my guess is that most of your target schools will be of similar ilk. So it probably doesn’t matter anyway.

The point is I wouldn’t send an essay about your marijuana horticultural skills or your coming out story if you are applying to a military school or Baptist college in the deep south.

Instead, I would brainstorm topics that showcase your more high-minded core values and beliefs.

No judgement here. Just saying this should be common sense stuff.

You also might have one dream school (“OMG! All I ever wanted was to go to Stanford!”) and try to get in their head by researching everything about it and aim to showcase yourself in your essay as their ideal student.

No matter how gaga you are over one college, I totally wouldn’t advise this.

I think you should cast a wide net in your college search (if you haven’t heard, many of the prestige schools aren’t what they are cracked up to be anyway) with the aim to find the one that’s the best match for you.

So you could do this. Research the heck out of your schools and write a bundle of essays.

But my advice is to not worry about that. Just write one really great essay that reflects who you are, and go with that.

I think the closer you can convey what you are all about, the better chance you have to be selected by a school that is a great fit for you.

And isn’t that what you want?

Also, schools that want to learn more about you usually require supplemental essays anyway—so use those to customize your application.

If you want to try to game your application, it’s your call.

I just don’t think it’s worth the time and energy, which you could put toward other objectives—such as writing ONE killer college application essay.

Who needs more work anyway, especially if it most likely won’t matter in the long run?

Just know you have that option now.

(Those of you who hire professional college admissions counselors should defer to their opinions on your essay submission strategies, since they know more than I do one how this admissions industry works. I just offer what seems like common sense to me, and has been supported by other college admissions professionals I respect who have weighed in on these changes.)

Colleges that use The Common Application no longer have to require applicants to their schools to submit an essay. So you might get lucky with some of your target schools and not need to send them one.

But don’t hold your breath.

Even if one or more of your target schools don’t require an essay, there’s a strong chance at least one school will—so you will still need at least one essay.

I would also recommend that even if one of your schools doesn’t require the Common App essay, I would send one in anyway.

These are the best, and sometimes only, way schools can learn something personal about you. So why wouldn’t you jump at that opportunity to stand out from the crowd—especially if you already wrote your Common App essay for the schools that do require it?

Just focus on finding a great topic that reveals what makes you tick and write a narrative-style essay that rocks! Only write one.

And even if one or more of your target colleges doesn’t require a college application essay, send it in anyway—because it’s that good!