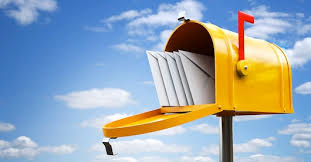 In my opinion, there’s no better way to learn how to write your own than by reading sample college application essays.

Are you just starting this dreaded process?

If you’re a high school junior, you are wise to start thinking about your essay.

At least start learning what makes a great college application essay and brainstorming your own ideas.

By reading sample college application essays, you can see the type of “slice-of-life” essays that usually start with anecdotes to power their pieces.

Notice the everyday topics and the less formal style of these essays.

Below are two terrific essays by students who just sent me emails this last month letting me know where they are heading this fall.

Believe it or not, they were where you are now one year ago, stressing about their college application essays and wondering whether they could find that special topic and write an effective essay.

Both these students were very focused in their college searches, and put in the time and energy to brainstorm great topics and work on their rough drafts. And it shows.

They also trusted my advice to share a story in their college application essays.

Instead of writing about impressive achievements and accomplishments, they stuck with simple, everyday experiences to illustrate their personal qualities.

Above all, they got personal.

If you do the same, you, too, will be receiving acceptance letters from amazing colleges and universities about this same time next year.

The first was written by Hannah Metzler, who got accepted to 13 of the 14 college and universities she applied to (including University of Pittsburgh and Loyola University of Maryland), and is excited to be attending the University of Scranton next year to study neuroscience.

The second was written by Andrew Aldaz, who received a full 4-year ROTC scholarship to UCLA, USC, and UCI, along with an appointment to the United States Military Academy at West Point. He is thrilled to be headed to West Point.

The Party
By: Hannah Metzler
Exton, PA
(Submitted for The Common Application)

While bringing out the orders for my party of six, I set down a cup of soup in front of one of the women. Virginia glanced down at the clam chowder, and then scowled up at me.

“Hannah, I asked for a half cup of soup,” she said, sounding as if the world was ending. “You are always so slow. I don’t know how you always mess up our orders.”

I politely mumbled an apology, hoping the rest of her group did not notice how upset I was or how personally I took her comment. It was only a cup of soup, and an honest mistake, but I felt like such a disaster.

Residents at the high-end senior living facility where I waited tables several nights a week expected nothing less than a five-star dining experience and my small mistake was not to be tolerated.

When I first started working at Shannondell last summer, I was already shy and couldn’t stand the idea that someone didn’t like me. Early on, when residents would scold or criticize me, I felt like crawling under a rock. Even when I clearly was in the right, I would bite my lip and try harder to please them.

The most difficult guests by far were a group of six well-heeled women who the servers nicknamed “The Party.” They came in every night, dressed to the nines, decked with diamonds and attitude. As the staff stood by the podium waiting for residents to arrive, every server in line prayed that the hostess would not call out their name.

At first, “The Party” seemed friendly. They seemed to want to get to know me personally, compared to the other residents who would barely say anything at all. But this was all for show. They were rude and demanding. Special orders were a daily occurrence: a rare end piece of prime rib or a chicken Caesar salad without lettuce. They snapped their fingers and tapped their silverware on glasses to get my attention. I would leave the dining room distraught almost every night.

Senior residents, in general, had a difficult time making a decision, either figuring out what to order or sometimes forgetting what they had ordered once it arrived. I used to get annoyed because twenty minutes to take a dessert order seemed excessive and unnecessary. With experience, though, I’m learning patience and compassion.

It must be very difficult for residents to feel as though they were losing their independence. They used to be able to get around easily, but many of them were pushing walkers or confined to wheelchairs. I realized that many cared for others their whole lives and now it was hard to accept others caring for them.

Somehow those rough nights started to change me. Without really trying, I have become more outgoing and self-assured. The residents depend on me and my “confident” smile. Some days, I’m the one person with whom they can share stories of their past. I used to have trouble speaking in front of a group and would be shy when I did. Now, I have no problem walking up to a table of fourteen people and making conversation as if I had known them my whole life.

I give credit to “The Party” for putting me in a situation where I had no choice but to smile and carry on. I know now that not everyone will like me, and that’s okay. I’ve learned that, while I will always treat people with respect and dignity, their behavior toward me may be more about their own personal circumstances rather than anything I have done. Today, when I see “The Party” being seated in my section, I still flinch a little inside, but then I pull back my shoulders, lift my chin and march up to them ask, “What’s it going to be today, ladies.”

During a Gestalt-type exercise in my psychology class, it was my turn on the infamous hot seat. After sitting in the chair in the center of the room, my teacher and peers started firing away with questions.

“What do you do for fun?”
“ What do you want to do after high school?”
“What did you do this past summer?”

I responded to each question with simple, straightforward answers, thinking it was a breeze.

Then I had heard someone shout from the back of the room, “So you think you’re perfect?”

I was puzzled. I felt blood rush to my face and I broke into a sweat. The second it took for me to respond felt like an eternity.

“Of course not,” I replied.

Thoughts raced through my mind as I returned to my seat.

“Why would anyone be under the impression that I was perfect or that I would ever see myself as such?” I thought to myself.

The last thing I wanted was for someone to think that I was full of myself. I was mortified. I realized later that I had come off as somewhat egotistical or self-centered because I had shared my long list of extra-curricular activities, academic performance, and hopes for the future. Even though I knew this was not at all the case, I felt ashamed.

Humility was the quality within myself that I cherished the most. I understood that I may have accomplished a great deal and maintain high goals for my future, but I did not want to be seen as boastful or overly proud in any way. Ever! That day, on the hot seat, I knew that I would need to work harder to exude those qualities of meekness and servility which I strive for.

Every year since I was five years old, my father had taken me to the annual air show in Mirimar, California. The first time I attended the air show I had seen service members of different branches; in each of them I had seen one thing that will be carried on with me for the rest of my life. Humility. These men and women, deemed heroes by society, sought no recognition for their sacrifice and willingness to serve.

Attending these air shows not only pushed me to be humble and serve my nation as these men and women had, but also helped me realize there were plenty of other devoted service members within our society, such as policemen, firemen, and politicians. In high school, I also had seen this numerous times with the judges and lawyers I interacted with as I helped struggling teens in Youth Court, and when I befriended those involved in state politics while I interned for Senator Mike Morrell.

The truth is I’ve been extremely lucky, but I have jumped at every opportunity that has been available to me. Whether taking college courses, working in state politics, or playing for a sports team in a winning season, this should not make me any better than anyone else. I just wish to be as successful as possible while serving my nation to the best of my abilities and staying humble in all that I do, no matter where life may take me. While I can’t help but aim for perfection in all that I do, I hope to maintain that glorious face of humble pride.

What Did You Think of These Sample College Application Essays?

Well, that’s most likely what the admissions officers felt as well. And what you want to emulate in your own essay.

By sharing a small moment or incident from their past, each student went on to develop their essay to give a sense of who they are, how they think and feel, and what they value.

This is exactly what you want to do with your essay to connect with the college admissions officers, and make a meaningful and memorable impression.

Everything you need to learn how to write your own narrative style essay is in this blog.

If you want to learn about my proven writing methods in a more digestible package, check out my writing guides and online course.

Good luck, and congratulations on getting an early start!