Looking for a great book of samples for college application essays?

Here’s a little book of essays written by graduates of Berkeley High School, which has a truly diverse student population and moves through about 700 seniors every year. (“As you will see from these stories, some live on their own, while others come from well-off families,” states the foreword.) And they all found compelling stories to tell about themselves. The essays, which targeted mostly California state schools, UCs and select private colleges across the country, were collected for this book by a savvy college counselor there named Ilene Abrams.

The book includes the name of the authors of each essay, along with what year they graduated and where they ended up going to college. It’s clear that these students were well-counseled in the process, since almost all the essays met the goal of their advisors: to tell a story “only you can tell.” The stories are rich in details, as diverse in topic, style and tone as their writers, and most tell some type of story. The best thing is that I believe they can help students see that they could write a similar essay!

In case you can’t read the title in the image: The Berkeley Book of College Essays: Personal Statements for California Universities and Other Selective Schools, compiled by Janet Huseby.

And I have to mention my own collection of stand out college application essays: Heavenly Essays.

***Looking for help starting your essays? Check out my affordable Jumpstart Webinars! Adding more for July. Only $30. FREE if you can’t afford them.

Have a College Admissions Essay You Love? Send It In!

It been a little over five years since I published my best-selling collection of sample college application essays, called Heavenly Essays.

Most of the essays were written by former students, although I also included a handful by other students who submitted their pieces to me.

Now, I would love to add about a dozen new essays to this collection to keep it fresh and timely. (Mainly personal statement essays used for the Common App, Coalition App, Questbridge App and others core essays.)

Anyone is welcome to send in essays. Of course, I especially love hearing from former clients, but I know many other students have written excellent essays as well.

In Heavenly Essays, I included the essay, along with the student’s name, city/state/country, and school attended. At the end of each essay, I have written a short analysis where I shared my thoughts on what worked well and why, and what writing devices, ideas or techniques the writer used effectively. My goal is for students who read these essays, and my analyses, to learn how to craft their own narrative essays.

I believe one of the best ways students can learn how to write engaging and meaningful personal statement essays for their college applications is to read what others have written.

Not only can they get a sense of how these story-telling style essays are structured, and notice the more casual style and authentic voices, but students can also find inspiration for their own topic ideas.

Who knew you could write a killer essay about collecting trash, or messing up a food order while waiting tables, or coming from a family with big hips?

Those of you who have worked with students on their essays–college admissions counselors, English teachers and even parents–are all welcome to submit essays for my collection. Of course, you need to get the student’s permission.

You can either copy and paste them in an email, or attach them as Word or Google docs, and send them to my email: EssayHell@gmail.com

Please feel free to ask me any questions, too.

In my opinion, I think this is a great opportunity not only to share students’ work and inspire others, but publishing a personal piece of writing is a nice accomplishment.

I’m also happy to send a free copy of my collection of Heavenly Essays to anyone who wants to submit essays for these additions. Again, just send me an email.

(I also have a long-standing offer to anyone who buys any of my writing guides on Amazon, either digital or paperback version—Escape Essay Hell, Heavenly Essays or The Writing Survival Kit–and leaves a short star-rating and comments on its Amazon sales page, is welcome to a free digital copy of any of my guides. Just let me know if you left a review and what book you would like.)

Thanks for your support!

Everyone Has a Cultural Background

Yours Could Make an Awesome
College App Essay Topic!

I love working with students from all over the world.

I’m always surprised, however, how many of these students overlook their rich backgrounds when brainstorming topics for their college application essays.

There have been several reasons for this.

Many international students seem to believe that colleges wouldn’t be interested in their country of birth, and the related customs, food, traditions, etc.

These same students also believe they need to appear “Americanized” in order to be attractive to their target schools in the U.S.

They are wrong and wrong. END_OF_DOCUMENT_TOKEN_TO_BE_REPLACED

The Most Common Questions about College Application Essays

I’m sharing below 20 of the most common questions about college application essays that I have been asked over the years, along with links to longer explanations and related helpful information.

This spring I published a book with these and 30 other questions and answers, called Essay Hell’s 50 Most Commonly Asked Questions about College Application Essays.

END_OF_DOCUMENT_TOKEN_TO_BE_REPLACED

Some of my tutoring students skim through a college application essay prompt (such as the five options for The Common Application essay requirement), and in a flash, find one that speaks to them.

Others come armed with a long list of topic ideas they have been toying with for weeks.

But most, I would say more than 80 percent, have no clue where to start.

And it’s a terrible feeling. END_OF_DOCUMENT_TOKEN_TO_BE_REPLACED

Waitlist Essays and Letters: 12 Tips to Game Them

For the first time in the eight years I’ve been helping students with their college application essays, I’ve had a flurry of requests from students asking for help with waitlist essays and letters.

What torture for them!

Most have been waiting for months and months and now they get a “maybe?”

Which really means “probably not,” but keep trying anyway. (Sorry if you didn’t know that.)

To sum them up: Students must write one core, personal-statement type essay about their background (Same Prompt A as before), and three short answers about their Career Plans, Academics and Leadership (under 300 words each.)

*Below is the original post I wrote about UT essay requirements in 2016. All advice on how to strategize for Prompt A still applies perfectly. Incoming freshmen no longer need to write essays for Prompts B and C; instead they need to write the new 3 short answer essays (refer to ApplyTexas web site for details).

*(Only the advice for Prompt A is still relevant!)

ApplyTexas, which handles the applications for the public universities in Texas, as well as many private colleges, has announced on its web site that they have all-new essay prompts for Fall 2017.

These new ApplyTexas essays apply to students who would be starting as freshman in Fall 2017, and applying to schools such as the University of Texas at Austin, or its other locations, as well as other Texas colleges.

They replaced the three main prompts, called Topic A, Topic B and Topic C, with new questions. END_OF_DOCUMENT_TOKEN_TO_BE_REPLACED

How to Write Short Essays: A Slideshare Tutorial

Students applying to college often spend most of their energy on their core essay for The Common Application or larger universities.

They will soon learn, however, that they need to master the art of writing shorter essays.

Most followed the steps outlines in my writing guide, Escape Essay Hell!. (If you leave a review for Heavenly Essays on Amazon, I’m happy to send this to you as well for FREE! Email me: EssayHell@gmail.com)

And they all got into amazing schools—including the most competitive, such as Harvard, UCLA, Northwestern, Cornell, Penn, Berkeley, Brown, Williams, etc.

By reading Heavenly Essays, students can get a sense of what a narrative essay is all about, and also find ideas for their own topics.

It’s available at Amazon here. (You can download a FREE Kindle version during a promotion running June 19-23, 2017!)

Check out some of the essays in Heavenly Essays HERE! 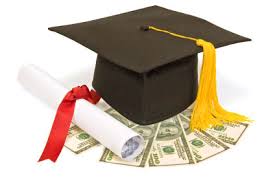 Prove You Deserve to Win in Your Scholarship Essays

(Yes, QuestBridge applicants, this includes you!)

Scholarship essays are similar to the personal essays you write for college applications. They need to give schools (or sponsors) a sense of who you are, what makes you tick and what you value.

Scholarship essays, however, usually need to go one step further. Applicants need to also show and explain why they deserve to win the scholarship. END_OF_DOCUMENT_TOKEN_TO_BE_REPLACED